What python IDE to chose in 2020? The main purpose of this article is to show comprehensive list best and most popular Python IDEs for programming and education that make learning and coding much easier!

The information is based on personal experience, public web data and several surveys like:

The list of best Python IDEs and Code editors for 2020:

Tabular comparison of the IDE/Source editor in 2020

What question helps to find optimal tool for Python?

The popularity of code editors is decreasing with the years but they are far from dead. There are many people who still use "old school" tools like: vim, emacs, plain text editors etc - which write beautiful code and interesting projects. The questions below try to help novice in programming ( or people who want to try something new ) how to choose optimal choice for them.

Important questions which will help you to find the optimal tool for you:

Note: With good plugin/package ecosystem the simple source editor might become lightweight but powerful IDE (it's matter of configuration and experience)

P.S. the test machine is:

Note: Most of the answers are based on personal experience and my work with programmers with different background and knowledge. Also there are many other points to be considered as budget, git integration, team work, previous programming knowledge.

Now it's time for (from a python developer with 4+ years in python, and developer with 14+ years in coding) top python IDEs / Code editors with description which I'll use or try in 2020. There is sections with pros/cons, how I'm using the IDE, what projects are used etc.

I'm working on many different projects 25+. All of them different in nature, environments, code style and git setup (bitbucket and github), non python files like json, yaml and markdown.

I'm using PyCharm on daily basis. Using it for several hours in a row without distraction (it has Distraction Free mode). In general I work with 1 open project at a time. From time to time I can open second or third project or additional file in separate window.

Most of the plugins come preinstalled with PyCharm so you don't need to do anything more. This is nice advantage for PyCharm. If you want to check plugins installed in PyCharm then you can do: 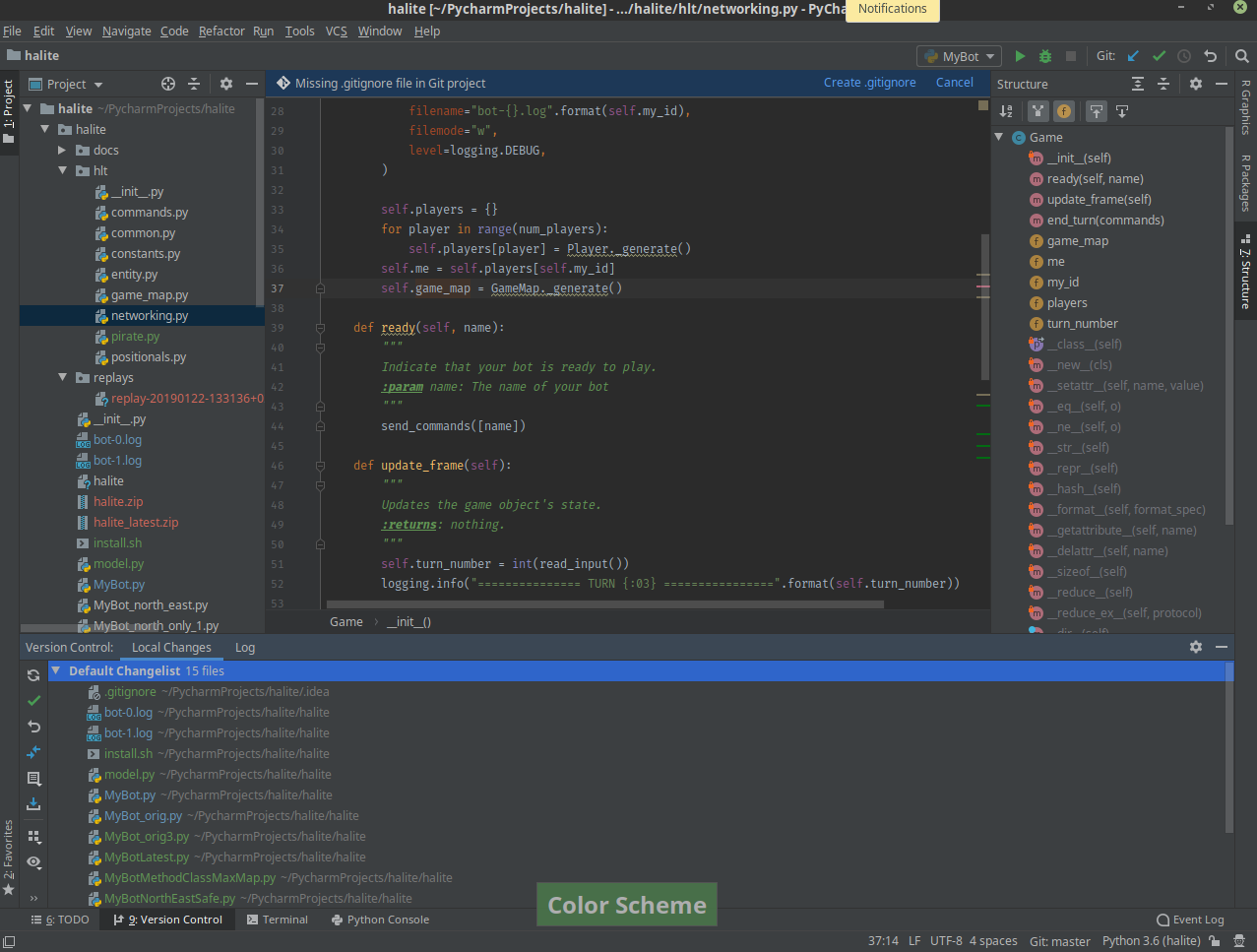 Jupyter Notebook become a standard in data science world because it's powerful, easy for working for developers and easy to present at the same time. Many organization and companies use it in their everyday work. 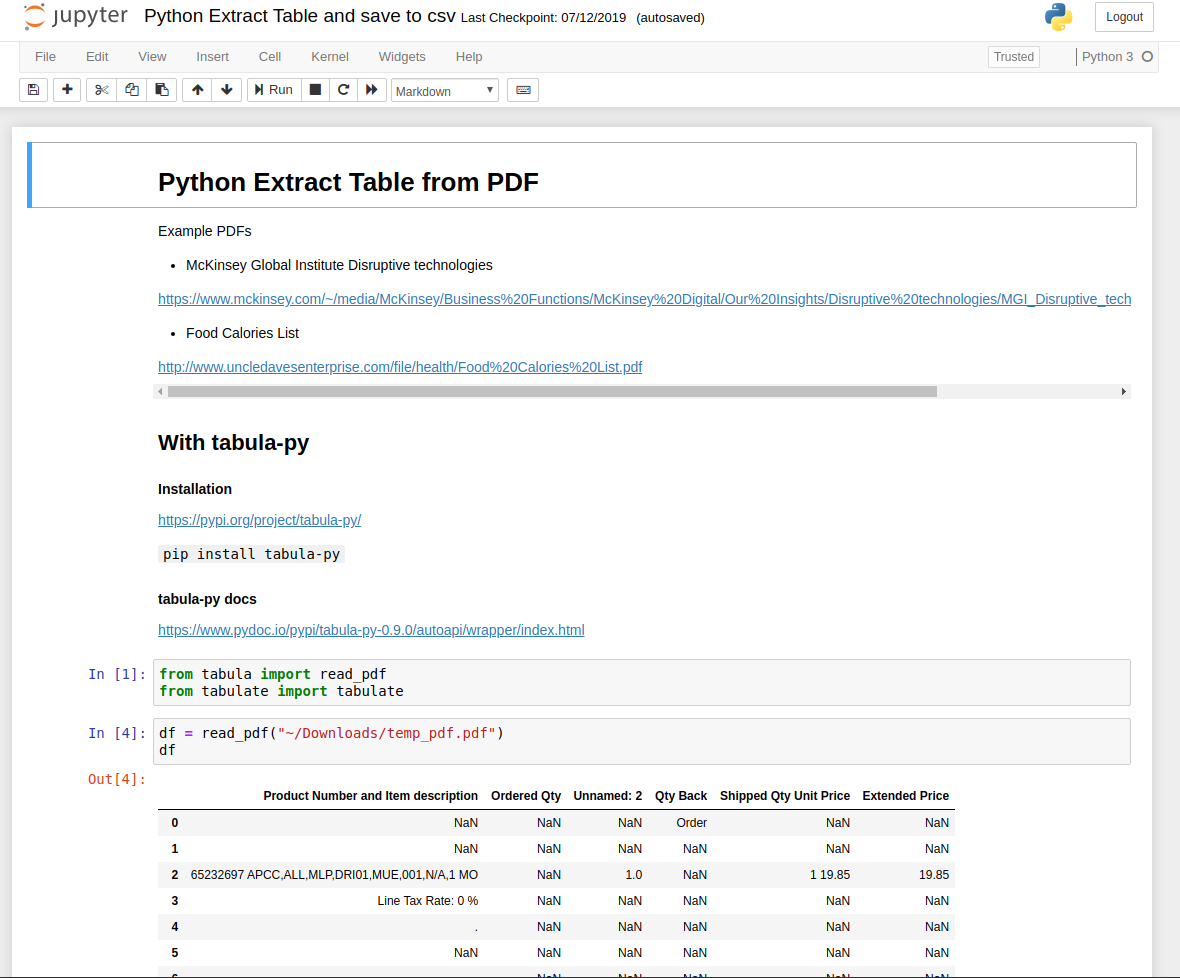 I have several environments with jupyter servers organized by projects and topics. Using it on daily basis for 1 or 2 hours per day. Automated scripts process web data and extract only important results for me - saving me huge amount of time or replacing one person who will need to do it.

I use it primary for data quality, automation QA and trend/error detection. Working with CSV, text and JSON files. Analyzing datasets and store temporary results. Share findings and code snippets.

Here you can find small collection of my notebooks: Jupyter notebooks and datasets for the interesting pandas/python/data science video series.

The nbextensions contains a collection of extensions that add functionality to your Jupyter notebook.

All below can be installed and enabled from: Miscellaneous IPython and Jupyter extensions 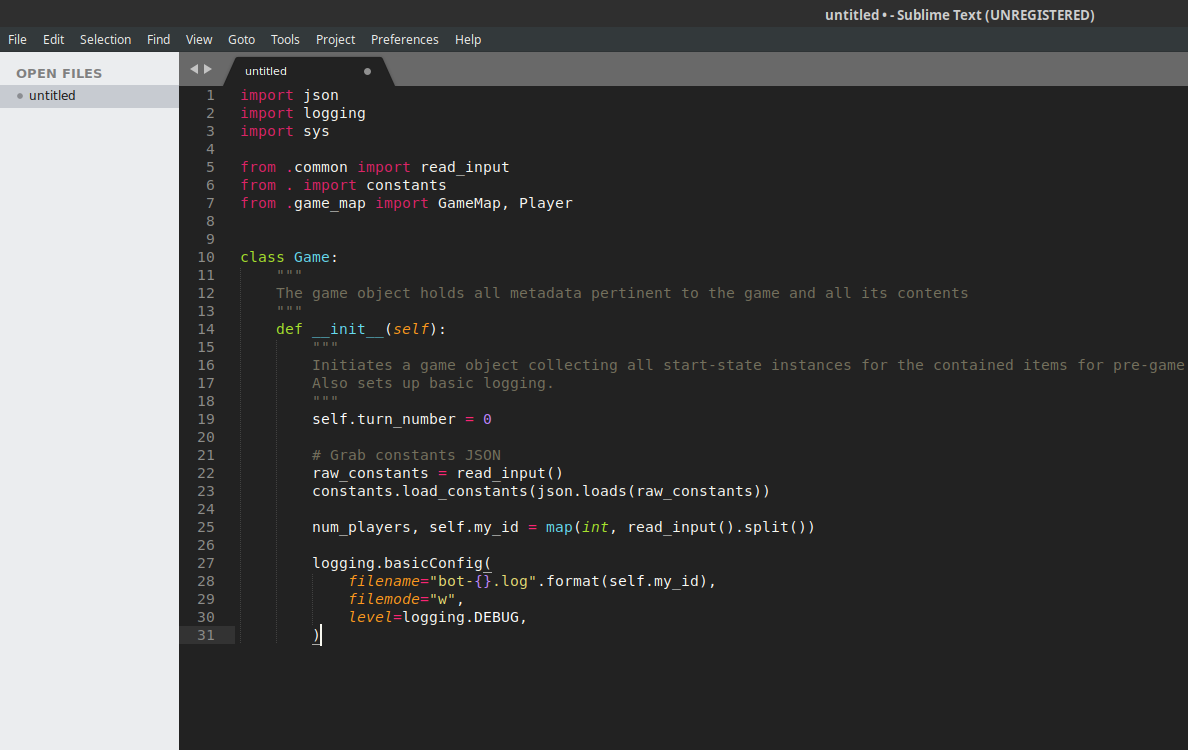 Sublime is great text editor which can do much more than that. I'm using it to work it temporary information, interesting articles and texts. For example collecting meeting notes, decisions, to do lists etc.

I'm using it as a mental separation and not like a technical one. What I mean here is: if I'm on a meeting then I'll open Sublime in Markdown mode and I'll gather meeting notes there. If interesting idea or solution came on my mind - then I'll write down them with Sublime. Later on the same day I'll go through all files in Sublime and do something with them - for example add them to my Lab Diary

All day long I have open Sublime text editor. I'm using it in minimalistic mode - trying to avoid distraction and do what I need to do in the smallest possible number of clicks. 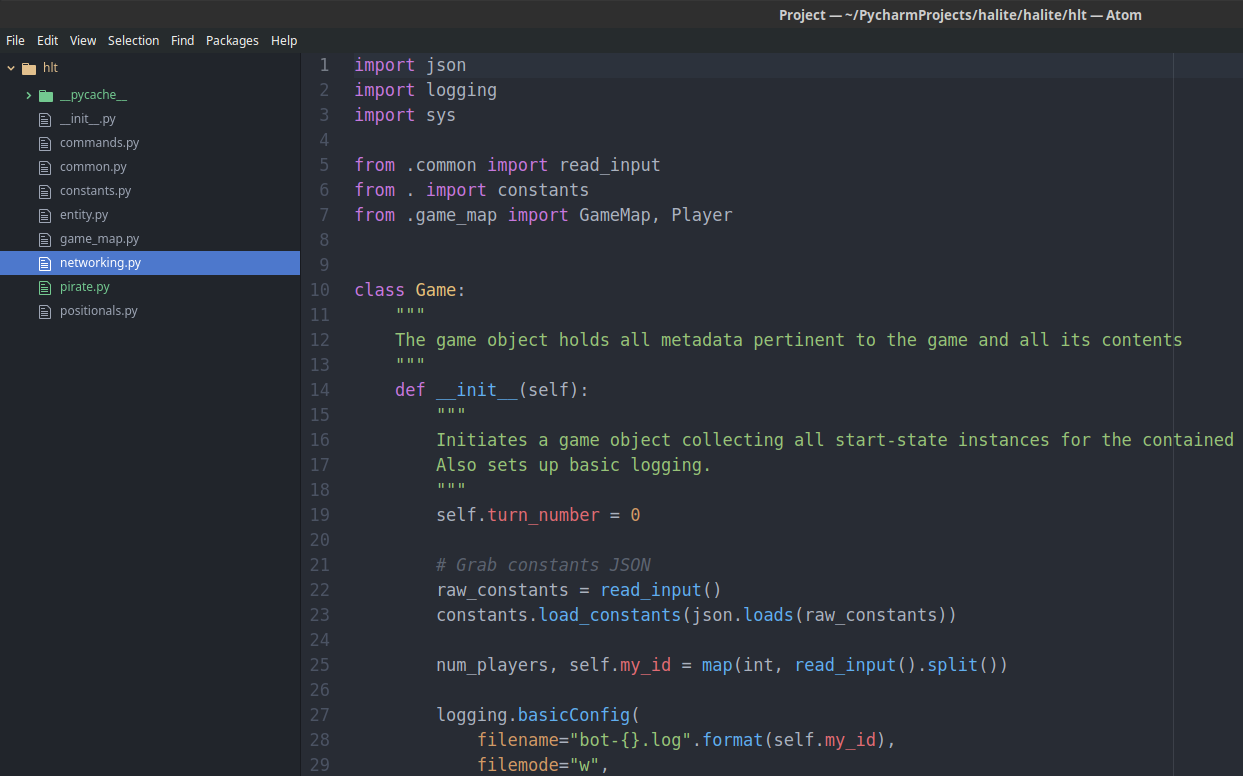 Atom is helping me to collaborate with my colleagues by using plugin - Teletype - Collaborate in real time in Atom. From the official page:

Teletype(beta) for Atom lets developers share their workspace with team members and collaborate on code in real time.

It's quite nice feature for beginners and people who want to learn Python faster.

I'm using it 1 or 2 days per week when I need to support colleague of mine or I need help with some tasks. Atom support many different languages so I'm using it not only for Python but also for JSON and YAML files.

Small projects for beginners, JSON and YAML schemas, configurations. I like color themes and code styles of Atom for JSON / Markdown files.

Some people prefer VS code (Visual Studio Code) because it is very well designed for the development and debugging of latest web and cloud projects. For example some people working with Angular and ReactJS use it in their everyday work.

Visual Studio Code is another mature framework which have great community. It has nice editor and offers development features which makes work on web projects almost without any efforts. Maybe the only one IDE from the list which can rival in web development with VS Code is PyCharm Professional Edition.

Features which attract my interest:

Web related projects, angular plus reactjs. It might be good for people who want to learn python and has experience in other languages and Visual Studio code. Appropriate for web development.

Vim is extremely popular in geeks communities and people who has unique style of writing code. There is big lists or plugins, features and versions of Vim.

And one advice from Python's creator - Guido van Rossum

Emacs is dead, use vim.

Starting with small projects and tutorial from the web maybe once per month.

Eclipse was my favorite IDE in the past for many years. I'll give chance to it again and again.

Python features - this is the full table of features for PyDev

In the past Emacs was the favorite editor for Guido van Rossum(who later - 2017 - said that Emacs is dead - check section for Vim) and many others.

In Book: The Art of UNIX Programming is said:

Emacs is undoubtedly the most powerful programmer's editor in existence. It's a big, feature-laden program with a great deal of flexibility and customizability.

It's the simplest possible way to run and work with python code on your desktop machine which is included in Python by default.

When I need to teach beginner or person without any experience in Python. 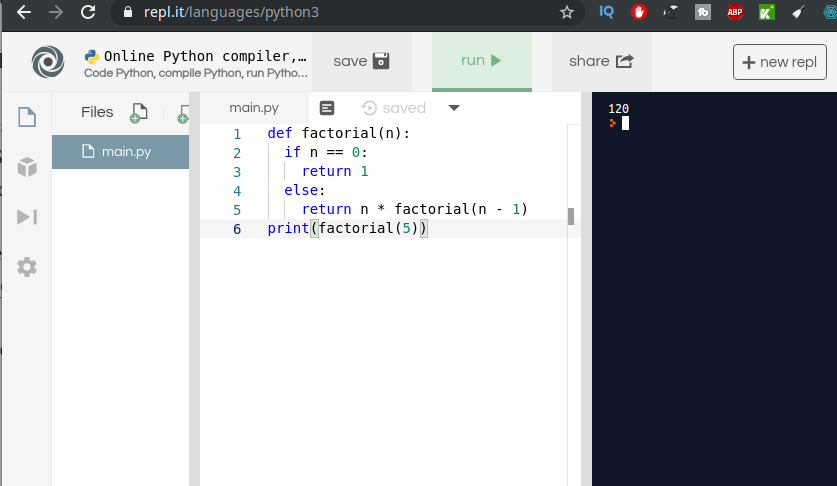 Some companies and organizations prohibit installation of additional software (sometimes you might be able to run portable python from a USB) or even detecting what processes are running. In this cases using web Python code editor is the only available option.

For me the question has strange answer: There's no best IDE for Python in 2020 but there is a constellation/combination of IDEs and text editors which can make learning, coding and working with python code faster, easier and more reliable.

The closer IDE to the first place is PyCharm - because offers the richest set of features and options. Despite being relatively young IDE - Initial release - February 2010 (about 9 years ago - in comparison to Emacs - with versions since March 20, 1985) - it's well developed and mature environment which can manage big set of projects and assist developer in best possible way. For me :

PyCharm is the most pythonic IDE in 2020!

One advice - Don't search for best/most etc but search for optimal - the tool which can help you do your work with less efforts.