In this short post you can find how to install pre-release and development packages with pip and Python.

By default pip will install the latest versions.

To install pre-release package use the next syntax:

For example the current latest version of package moviepy is 1.0.3. There is a fix which is part of version 2.0 which is not released yet.

All version of the package are available from Release history: 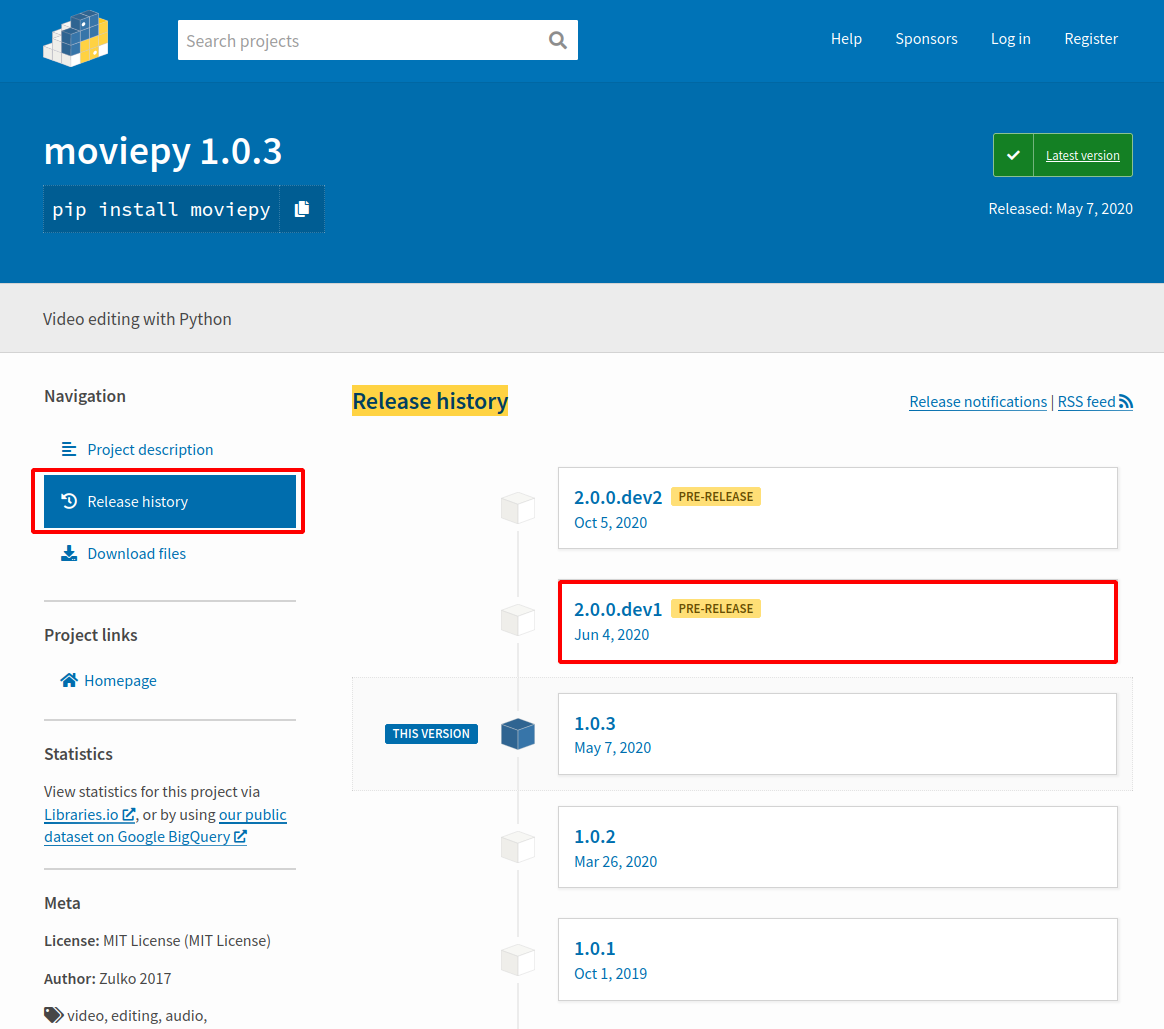 From the image above we can see that there are 2 pre-release versions:

Once you select the version which you like to install you can do it by:

To check which version is installed we can use version ( Python > 3.8):

This will install the pre-release version of the moviepy package.

Python
Automation helps with boring and tedious work, save time and