Do you have screen flicker, blinking, artefacts or tearing using Linux Mint Cinnamon? If so this article will show the steps which can identify and resolve the problem. This is the setup which has screen flicker:

From time to time I can notice flicker and tearing. Most of the times the problems are triggered by event:

The flicker can start by a single window and later to move on desktop background.

In order to verify where is the problem you can start by adding MATE Desktop which is known for better performance and a bit more stable than Cinnamon. In order to add MATE on existing Linux Mint Cinnamon you can follow next steps:

If the flicker disappear than most probably the issues are related to Cinnamon. You can try to fix cinnamon issues by checking next steps or continue using MATE. The benefits of MATE are:

The disadvantages of MATE:

The second step which I usually do in order to verify display problems is to check and update the graphic drivers. The reason for this is the following: corrupted drivers very often lead to unexpected behavior like: screen blinking and artefacts. Checking drivers is done by: 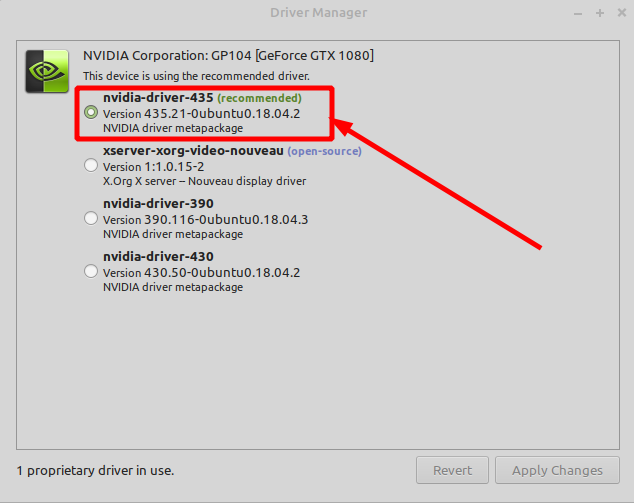 Another possible change is about Linux kernels. Some kernels can introduce regression. In such case you can revert to older working version by using Timeshift.

For more information you can check:

Some Desklets/Applets might cause problems to Cinnamon. In order to check for such you can open Desklets(right click on your Desktop / Add Desklets). No you can check for question mark in bubble - next to some desklets. If you point the quote you can read:

This desklet contains function calls that could potentially cause Cinnamon to crash or freeze.

As you can notice from the picture below: 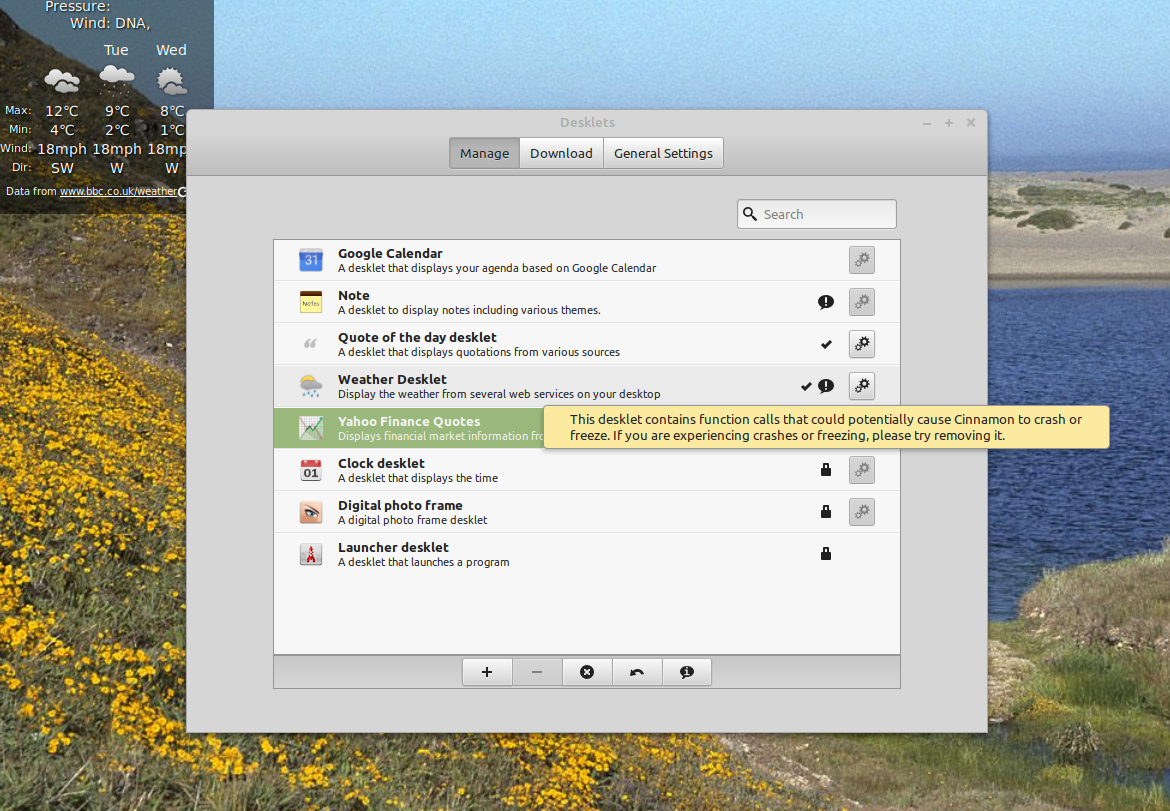 My advice is to not use those desklets if you have problems. In my experience the windows which cover such desklets might cause flicker or view problems to the windows. Also moving of such desklets it's problematic sometimes.

It's similar for applets. You can start Applets by right click on the panel / Applets.

Please keep in mind that this can change all settings applied on your panel! So it's good idea to have back up or to be ready to do them again.

There are two ways to restore the Cinnamon settings. The first one is by using the GUI and it's really simple one:

One more option for cinnamon restart is: CTRL + ALT + ESC

You might also try to login in Software Rendering mode (on the login screen) in order to check flicker.

I was working on Ubuntu 18.04 which had artefacts and tearing on the picture. I've tried many solutions described on the web:

After a day of unsuccessful experiments - I decided to check the cable. The cable was cheap VGA cable which was plugged in wrong way. After changing the cable - all was fine. But I learned one more lesson:

before to modify/update software be sure that you've test several alternatives: another monitor, computer, cable, OS etc

I was surprised to find out that refresh rate for my Dell 27 inch monitor is 59.95. This is what is shown by command xrandr:

The same is visible when I start NVidia X Server program. All this can be seen under Linux Mint Cinnamon.

More interesting is that if I check the refresh rate under MATE I have 60. So this might explain why picture is more stable and much better under MATE(no flicker).

There is cinnamon applet: Redshift applet which has two main goals:

This applet will increase the brightness during the day and change it to low during the night. I really enjoy the applet and see significant change if it's disabled.

I notice that this applet improve the flicker and make it a bit less visible. I guess that there might be other application which affect the picture.

For example some websites like: https://askubuntu.com/ (opened with Firefox or Chrome) cause almost immediately flicker. The flicker start first only for the browser and later I can see it on the Desktop itself.

It is a simple command-line tool to interact with the X Window, which allows for live (re)configuration of the X server.

This command will list hardware information for your system. You can use with with different parameters like:

Xorg logs can bring interesting information or errors. In order to check them use:

Check monitor configuration for Linux Mint. There you can find information like: available monitors, refresh rate, resolution, is it primary or not, available output connectors etc. You can check it by:

This is the main Xorg configuration but some Linux Distros (like mint) override it. Also it depends on the drivers which are installed.

Troubleshoot
In this guide, I'll show you how to fix printer