Apex Legends was launched recently as PC, PS4 and Xbox exclusive title which grab the attention of millions. Unfortunately many experience installation or runtinme errors like "missing MSVCP140.dll", missing "MSVCP120.dll" and more.

Here we will discuss all the Apex Legends errors and issues that players have been experiencing and will provide you with a possible fix or workaround so that you can install and play the game without any problem.

First to mention the game requirements:

While players with the minimum specifications will be able to play Apex Legends just fine, those looking to get the best possible experience will want to ensure they meet our recommended specs for smooth 60fps gameplay. 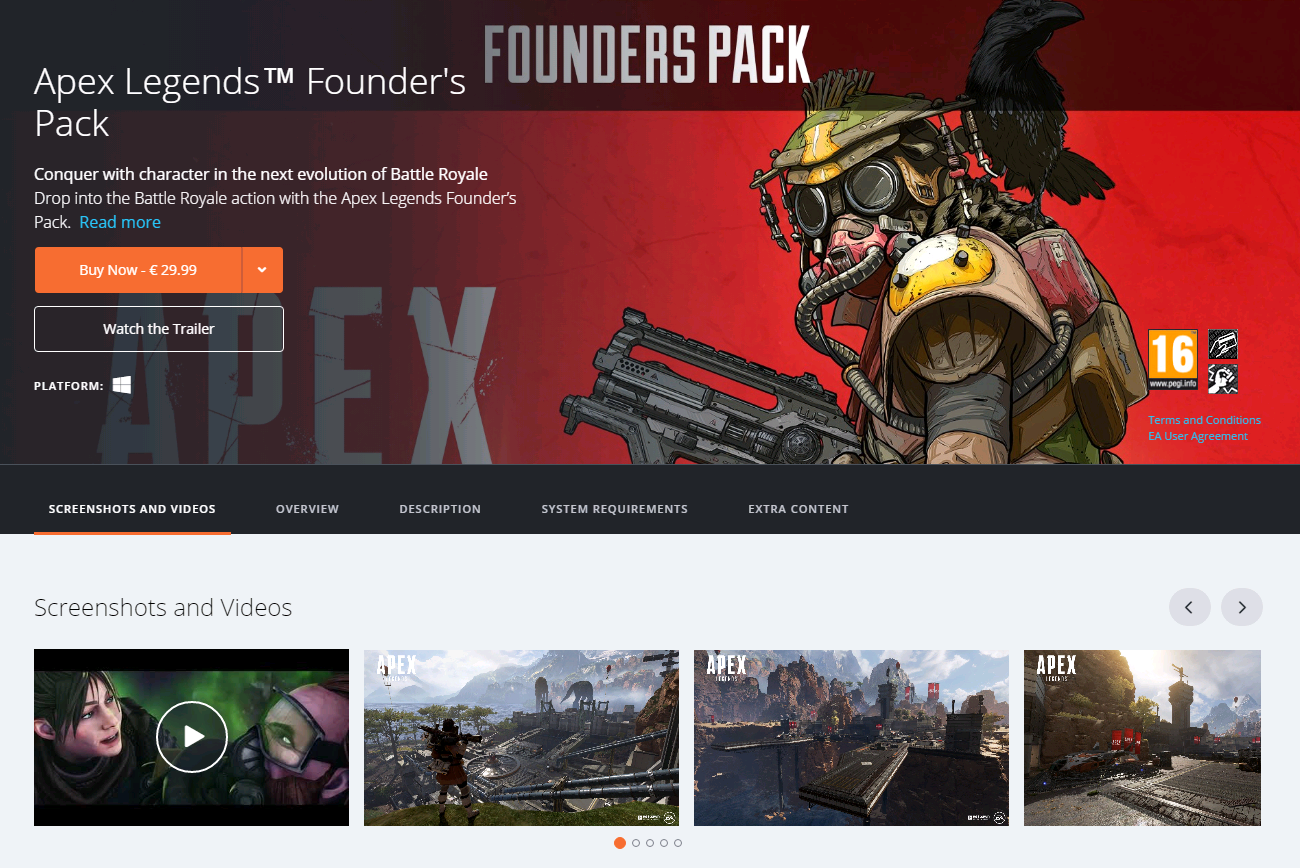 One of the issues that Apex players have reported that when they try to install or start the game it doesn't load and an error pops up notifying that "This program can't start because MSVCP140.dll is missing from your computer".

The fix for this problem is simple, all you have to do is install the 86/64-bit version Visual C++ Redistributable and the issue should resolve.

I don't recommend to try to manually download the “MSVCP140.dll” file from the internet and copy it to the game's install folder, since this can lead to problems with your OS.

This is another Apex Legends error that PC players (Windows 7 and Windows 10) have been encountering that is stopping them from playing the game.

The solution for this problem is simple, all you have to do is install Visual C++ Redistributable Packages for Visual Studio 2013 and the issue should never bother you again.

The link to the Microsoft file is:

Some PC players have reported that when they try to play the Apex Legends the game either fails to start or nothing happens. If you have already tried the above-mentioned methods and the game still doesn't start then there is a possible fix for this issue, just update your GPU drivers to the latest version and the issue should resolve.

If the problem is still present then you can check is your hardware above the minimum requirements. If this is the case you can try to repair the game or change the game language. The last two claims are taken from internet where some people said that this solved their problems.

In next article I'll share more about the game and is it possible to play it on Linux and how.

You can check also the user agreements on the image below: 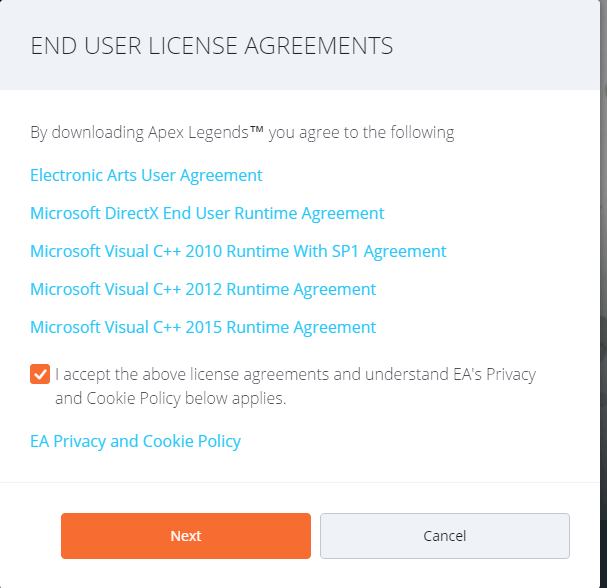